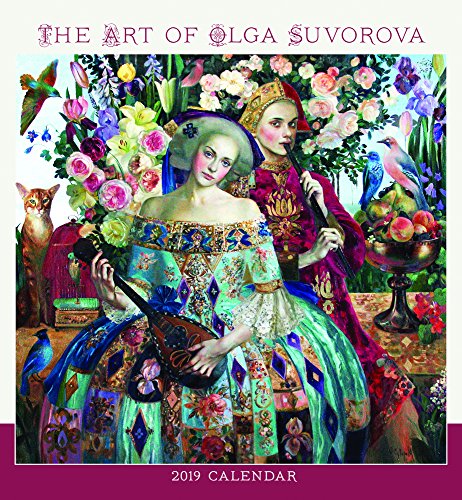 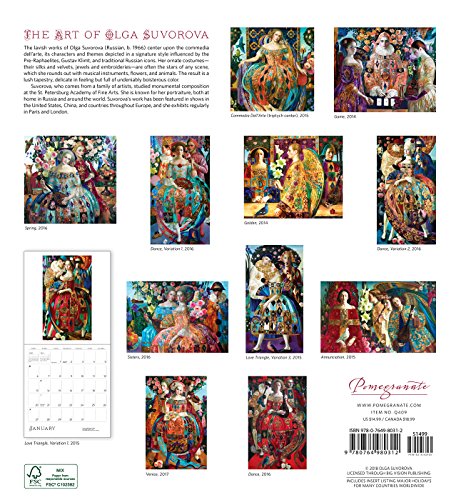 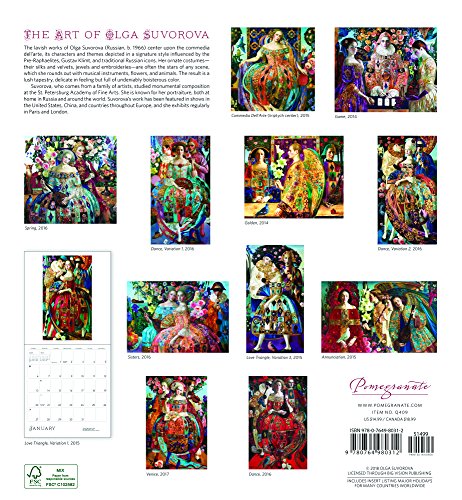 The lavish works of Olga Suvorova (Russian, b. 1966) center upon the commedia dell’arte, its characters and themes depicted in a signature style influenced by the Pre-Raphaelites, Gustav Klimt, and traditional Russian icons. Her ornate costumes-their silks and velvets, jewels and embroideries-are often the stars of any scene, which she rounds out with musical instruments, flowers, and animals. The result is a lush tapestry, delicate in feeling but full of undeniably boisterous colour, portrayed in this Olga Suvorova deluxe calendar 2019Open Width (mm): 305, Open Height (mm): 660

By continuing to use the site, you agree to the use of cookies. more information